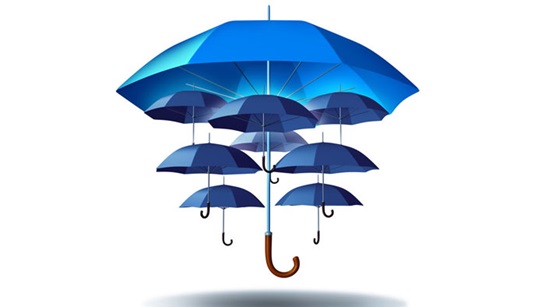 More complex pricing challenges, the hard-to-predict impact of urbanisation and chaotic weather, and the need for risk diversification could erode home-court advantages of reinsurers in the Asia Pacific, says S&P Global Ratings in its report, "Asia-Pacific's Reinsurers: Evolve Or Dissolve?"

A financial review of regional reinsurers shows winnowing returns and declining market share over the past three years. Part of this is cyclical: investment market volatility, higher compliance costs as regulations internationalise, and some major natural catastrophes.

But S&P sees structural challenges as well: mounting competition from all sides, technological disruption to business models, and the globalisation of regional players, as reflected, for example, in the acquisition of Chaucer Holdings by China Re in late 2018, or Samsung Fire & Marine Insurance's plans to take a strategic stake in Canopius.

In line with global trends, S&P expects underwriting pricing power for Asia Pacific reinsurers to strengthen. “This underpins our stable outlook on the sector over the next year or two, despite challenges. A soft pricing cycle, further market inroads by alternative capital, and a run of natural disasters has eroded profits for the region's reinsurers,” says the rating agency.

Its analysis of 18 Asia Pacific providers of reinsurance shows many suffered underwriting losses over the past few years. Their average net combined ratio rose above 102% (a ratio above 100% represents underwriting losses) in 2017 and 2018, compared with 96.8% in 2016. Furthermore, in 2018 the 18 reinsurers did not earn their cost of capital, with an average return on equity of 2.0% in 2018.

While the firmer pricing stance witnessed in the global reinsurance market will help the region's reinsurance groups to regain some foothold, the need to evolve comes more pressing. In S&P's view, this means stronger pricing models, better technology, and geographical diversification.

Asia Pacific's rapid urbanisation exposes reinsurers to risks that have yet to be explicitly modelled. As cities becoming denser, so do the exposures to greater financial losses amid catastrophes. While this translates into unpriced risks, it also means new opportunities for reinsurers to provide calibrated covers.

Meanwhile, Asia's economic growth outpaces most other regions, and middle classes continue to expand. Historical data and strong knowledge of domestic risk landscapes puts them in better positions to underwrite covers within the country. Established access to local markets (customers and brokers) also lent to their dominance on home turfs.

However, in S&P's view, this superiority is weakening amid changing risk landscapes and increasing competition from off-shore reinsurers. Furthermore, the need to incorporate updated coastlines and urban planning maps calls for enhanced catastrophe models--levelling the playing field among international and regional players.

For instance, Japan has one of the world's highest urbanisation rates, with several megalopolises that are vulnerable to catastrophic human and financial losses. Typhoon Jebi's 2018 landfall in Keihanshin (encompassing cities of Kyoto, Osaka and Kobe) led to loss creep of $15bn, up from initial estimates of $6bn, according to reports.

While reinsurers have advantages in Asia Pacific, their concentrated risk exposures expose them to earnings volatility. This is why many are seeking geographic diversity--though with varying success to date.

Asia Pacific reinsurers are accessing the global stage through internal expansion as well as mergers and acquisitions. China's Belt and Road Initiative, with partnered infrastructure projects stretching throughout Asia and beyond, has provided opportunities for reinsurers to enhance international knowledge, improve cooperation, and stay relevant.

From a credit perspective, diversification through M&A tends to be negative at the outset, mostly because integration of management culture, risk appetite, and back-office infrastructure can take time. If executed successfully, M&A can create growth opportunities through combined platforms. It can also strengthen competitive positions in chosen products and regions, boost underwriting expertise, increase diversification, and lower expenses that could improve earnings and strengthen the financial profile.

The 18 reinsurers mentioned in the report are:

Asia Capital Re
MS&AD Insurance
Singapore Re
Central Re
National Re
Sompo Holdings
China Re
Peak Re
Taiping Re
GIC Re
PICC Re
Thai Re
Korean Re
QBE Insurance
Toa Re
Malaysia Re
Qianhai Re
Tokio Marine
Source: Asia Insurance Review