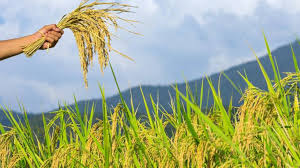 The tightening of the reinsurance covers given out to non-life insurers for crop insurance will impact the premium collections of insurers even in the second half of FY20. Reinsurers have increased rates for offering cover to insurers on one hand while claims continue to pile up on the other.

Globally, rates for crop insurance have hardened (premium increased) because of the rise in crop losses affected by natural catastrophes. India, too, has seen a series of incidents related to floods and cyclones that have led to a rise in crop losses. “The rates have seen a spike and even with the higher premium reinsurers are going cautious on this business. Hence, several of us in the non-life space are slowing down crop,” said the head of underwriting at a mid-size general insurer.

A few companies like ICICI Lombard have now taken a conscious call to not participate in crop insurance business till there is an improvement in rates. In the post-results earnings call, Bhargav Dasgupta, MD and CEO, ICICI Lombard General Insurance, said that it had not been able to write any new crop business in H1FY20 due to the prevailing rates.

"On the one hand, reinsurers have hardened rates. On the other, the commissions that reinsurers pay is not even sufficient to cover the basic cost of sourcing business. Hence, it does not make economic sense," he added. Reinsurance is taken by insurance companies as a protection against the risk of the business. An absence of reinsurance means that an insurer is directly exposed to the risk and the subsequent claims.

Despite no major drought-like situation in the country, Dasgupta said that the crop losses had been on the rise. The rise in these underlying losses, he said, has led to the hardening of rates. Here, hardening of rates means that an insurer has to pay more to secure a cover from a reinsurance company. For general insurance companies, crop insurance has played a major role in the premium collection. Hence those writing crop have been at a clear advantage from a gross premium growth perspective.

Take Bajaj Allianz General Insurance, for example. The insurer had a 57 percent year-on-year (YoY) growth of premium in Q2FY20, largely driven by crop insurance. Excluding crop, the growth was 14 percent YoY in the September quarter. The gross direct premium income (GDPI) of ICICI Lombard was impacted in Q2 due to a dip in the crop business. The GDPI of ICICI Lombard saw a 16.4 percent YoY decrease to Rs 2,953 crore in Q2FY20. Excluding the crop segment, the GDPI grew by 14.5 percent YoY in the September quarter to Rs 2,898 crore.